Home > From Weeds To Breaking Bad: The Hazards Of Clandestine Drug Operations 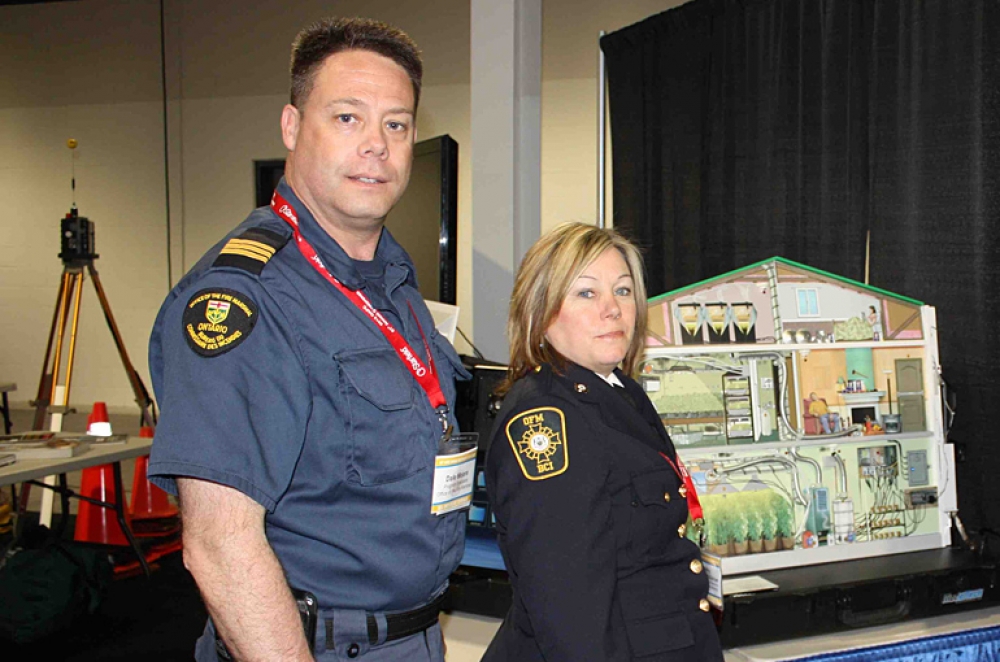 From Weeds To Breaking Bad: The Hazards Of Clandestine Drug Operations

When responding to a call, police and firefighters never know what to expect. But marijuana “grow houses” and clandestine drug labs take unpredictability to a whole other level.

Marijuana operations are typically found in middle-class to high-end neighborhoods. All rooms in a house are converted to drug production except for one, which becomes a bedroom to the premise “gardener”. “Between the electrical hazards of a meter bypass and brutal booby traps, first responders need to be extremely vigilant”, says Dale Moore, Fire Protection Specialist for the Office of the Fire Marshal in Ontario.

Mari-Grow Ops and Drug Lab Simulators
Mr. Moore worked closely with Modeltech in developing the new Mari-Grow Ops and Drug Lab simulators as visual teaching aids to train first responders. Since they were first unveiled at the Ontario OAFC Conference last May, the new simulators have been featured at the Police College in Ottawa, as part of a 2-day training workshop to the Royal Canadian Mounted Police, fire departments and fire code inspectors in London and another training session in Napanee.

“Everywhere we went, people were amazed. They couldn’t get over it: they thought it was the greatest thing.”

The smartscreen feature on the Modeltech simulator is a powerful tool to customize presentations by using real-life footage and pictures. “We have access to a vast library of material – mostly from past cases – and can share this information across organizations for training purposes”.

Mr. Moore sees many potential audiences for this new line of simulators. “Social services, neighborhood watches and police services can all teach citizens how to spot clandestine drug operations in their neighborhood, understand the danger to their community and who to contact. People need to act, or word will get around that this neighborhood tends to look the other way and criminals can set up shop unhindered.”

Mr. Moore urges people to call the local police and not to act as vigilantes – clandestine drug operations are heavily defended, and even approaching a backyard window can mean putting your life in danger.